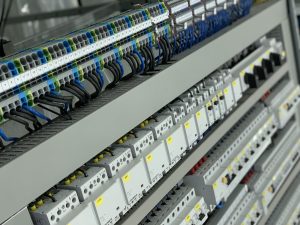 In the fields of medicine, biotechnology and pharmacology, drug discovery is the process by which new candidate medications are discovered. Historically, drugs were discovered through identifying the active ingredient from traditional remedies or by serendipitous discovery. Later chemical libraries of synthetic small molecules, natural products or extracts were screened in intact cells or whole organisms to identify substances that have a desirable therapeutic effect in a process known as classical pharmacology. Since sequencing of the human genome which allowed rapid cloning and synthesis of large quantities of purified proteins, it has become common practice to use high throughput screening of large compounds libraries against isolated biological targets which are hypothesized to be disease modifying in a process known as reverse pharmacology. Hits from these screens are then tested in cells and then in animals for efficacy.

Modern drug discovery involves the identification of screening hits, medicinal chemistry and optimization of those hits to increase the affinity, selectivity (to reduce the potential of side effects), efficacy/potency, metabolic stability (to increase the half-life), and oral bioavailability. Once a compound that fulfills all of these requirements has been identified, it will begin the process of drug development prior to clinical trials. One or more of these steps may, but not necessarily, involve computer-aided drug design. Modern drug discovery is thus usually a capital-intensive process that involves large investments by pharmaceutical industry corporations as well as national governments (who provide grants and loan guarantees). Despite advances in technology and understanding of biological systems, drug discovery is still a lengthy, “expensive, difficult, and inefficient process” with low rate of new therapeutic discovery. In 2010, the research and development cost of each new molecular entity (NME) was approximately US$1.8 billion. Drug discovery is done by pharmaceutical companies, with research assistance from universities. The “final product” of drug discovery is a patent on the potential drug. The drug requires very expensive Phase I, II and III clinical trials, and most of them fail. Small companies have a critical role, often then selling the rights to larger companies that have the resources to run the clinical trials.