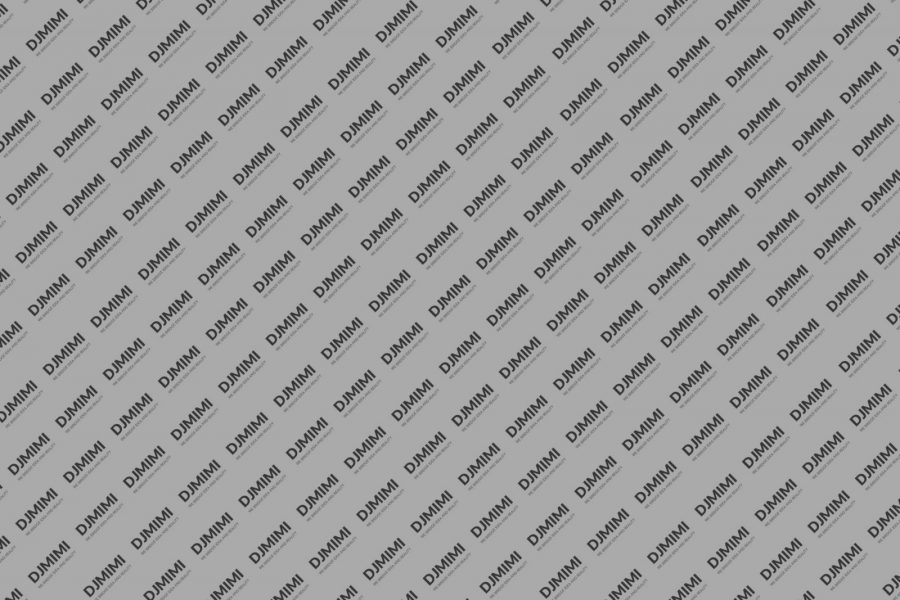 The wind systems that exist over the earth’s surface are a result of variations in air pressure. These are in turn due to the variations in solar heating. Warm air rises and cooler air rushes in to take its place. Wind is merely the movement of air from one place to another. There are global wind patterns related to large scale solar heating of different regions of the earth’s surface and seasonal variations in solar incidence. There are also localised wind patterns due the effects of temperature differences between land and seas, or mountains and valleys. Wind speed generally increases with height above ground. This is because the roughness of ground features such as vegetation and houses cause the wind to be slowed.

So how do wind turbines make electricity? Simply stated, a wind turbine works the opposite of a fan. Instead of using electricity to make wind, like a fan, wind turbines use wind to make electricity. The wind turns the blades, which spin a shaft, which connects to a generator and makes electricity. View the wind turbine animation to see how a wind turbine works or take a look inside. Wind is a form of solar energy and is a result of the uneven heating of the atmosphere by the sun, the irregularities of the earth’s surface, and the rotation of the earth. Wind flow patterns and speeds vary greatly across the United States and are modified by bodies of water, vegetation, and differences in terrain. 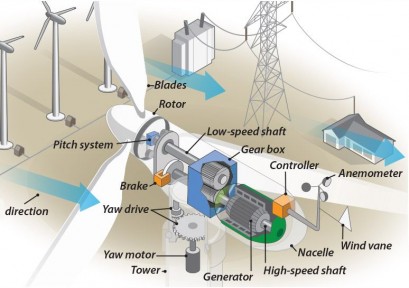 Windspeed data can be obtained from wind maps or from the meteorology office. Unfortunately the general availability and reliability of windspeed data is extremely poor in many regions of the world. However, significant areas of the world have mean annual windspeeds of above 4-5 m/s (metres per second) which makes small-scale wind powered electricity generation an attractive option. It is important to obtain accurate windspeed data for the site in mind before any decision can be made as to its suitability. Methods for assessing the mean windspeed are found in the relevant texts (see the ‘References and resources’ section at the end of this fact sheet).

The power in the wind is proportional to:

The formula used for calculating the power in the wind is shown below:

where, P is power in watts (W)

The fact that the power is proportional to the cube of the windspeed is very significant. This can be demonstrated by pointing out that if the wind speed doubles then the power in the wind increases by a factor of eight. It is therefore worthwhile finding a site which has a relatively high mean windspeed.

Although the power equation above gives us the power in the wind, the actual power that we can extract from the wind is significantly less than this figure suggests. The actual power will depend on several factors, such as the type of machine and rotor used, the sophistication of blade design, friction losses, and the losses in the pump or other equipment connected to the wind machine. There are also physical limits to the amount of power that can be extracted realistically from the wind. It can been shown theoretically that any windmill can only possibly extract a maximum of 59.3% of the power from the wind (this is known as the Betz limit). In reality, this figure is usually around 45% (maximum) for a large electricity producing turbine and around 30% to 40% for a windpump, (see the section on coefficient of performance below). So, modifying the formula for ‘Power in the wind’ we can say that the power which is produced by the wind machine can be given by:

It is also worth bearing in mind that a wind machine will only operate at its maximum efficiency for a fraction of the time it is running, due to variations in wind speed. A rough estimate of the output from a wind machine can be obtained using the following equation;

There are two primary physical principles by which energy can be extracted from the wind; these are through the creation of either lift or drag force (or through a combination of the two). The difference between drag and lift is illustrated by the difference between using a spinnaker sail, which fills like a parachute and pulls a sailing boat with the wind, and a Bermuda rig, the familiar triangular sail which deflects with wind and allows a sailing boat to travel across the wind or slightly into the wind.

By reading this complete article with detailed information I was able to learn a lot of things which till now I did not knew about this product.