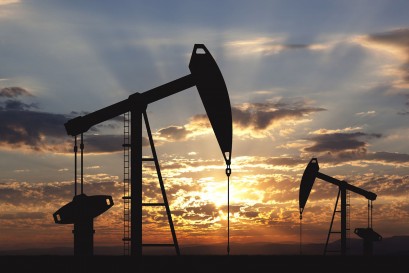 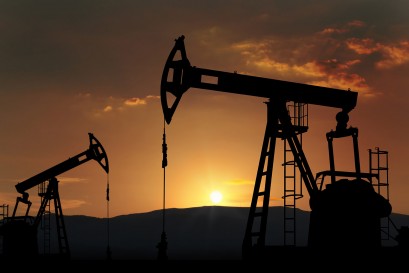 The well is created by drilling a hole 12 cm to 1 meter (5 in to 40 in) in diameter into the earth with a drilling rig that rotates a drill string with a bit attached. After the hole is drilled, sections of steel pipe (casing), slightly smaller in diameter than the borehole, are placed in the hole. Cement may be placed between the outside of the casing and the borehole known as the annulus. The casing provides structural integrity to the newly drilled wellbore, in addition to isolating potentially dangerous high pressure zones from each other and from the surface.

With these zones safely isolated and the formation protected by the casing, the well can be drilled deeper (into potentially more-unstable and violent formations) with a smaller bit, and also cased with a smaller size casing. Modern wells often have two to five sets of subsequently smaller hole sizes drilled inside one another, each cemented with casing.

After drilling and casing the well, it must be ‘completed’. Completion is the process in which the well is enabled to produce oil or gas.

In a cased-hole completion, small holes called perforations are made in the portion of the casing which passed through the production zone, to provide a path for the oil to flow from the surrounding rock into the production tubing. In open hole completion, often ‘sand screens’ or a ‘gravel pack’ is installed in the last drilled, uncased reservoir section. These maintain structural integrity of the wellbore in the absence of casing, while still allowing flow from the reservoir into the wellbore. Screens also control the migration of formation sands into production tubulars and surface equipment, which can cause washouts and other problems, particularly from unconsolidated sand formations of offshore fields.